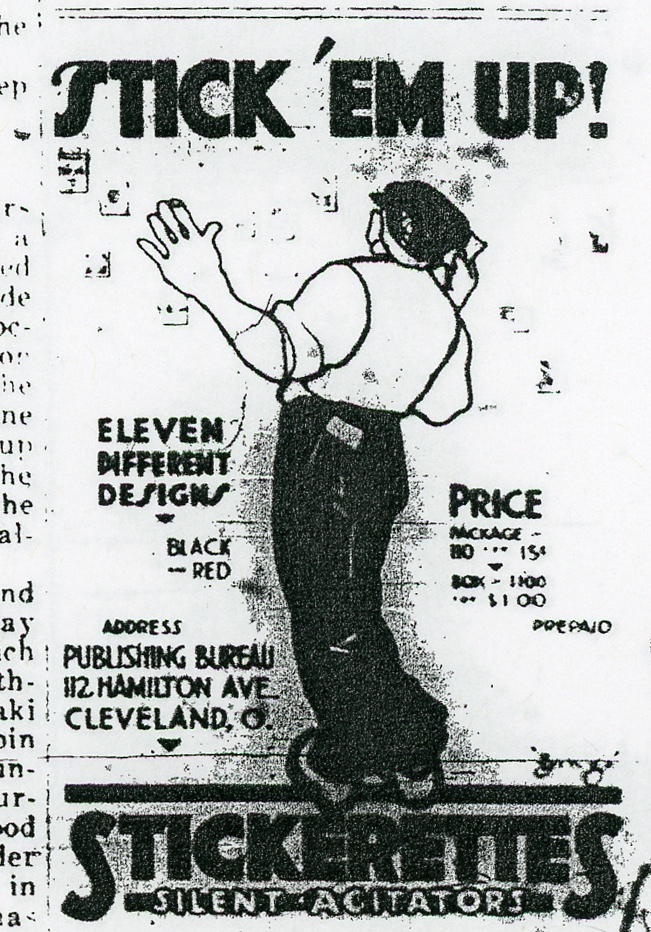 I’ve been trying to find photographs of stickerettes put up on buildings or other surfaces, too, but no luck yet.