In an article North Korea Warns South Over Leaflets, the NY Times reported last week, “North Korea opened fire on Friday after anti-Pyongyang activists in the South sent large balloons sailing across the border with leaflets criticizing the North’s government…. In a commentary published on Saturday [October 11, 2014], the North’s official Korean Central News Agency said that the leaflets were ‘an intolerable political provocation’ and ‘psychological warfare,’ and that Seoul and Washington were behind them, according to the South Korean news agency Yonhap.”

Check out earlier posts about my Paper Bullets sticker exhibition in Berlin and to see an example of a paper bullet from the Gulf War. 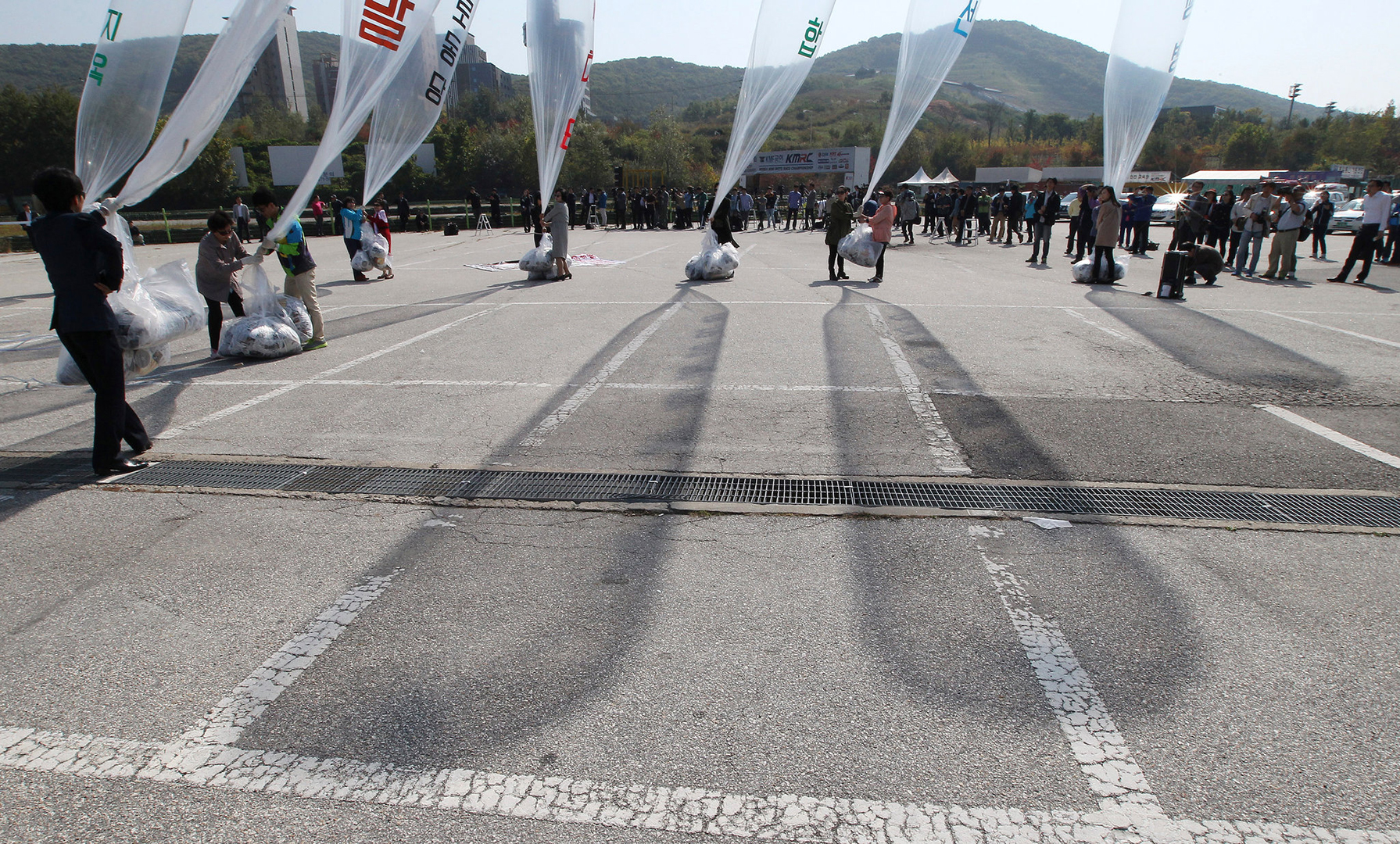 Photo by Ahn Young-Joon from the Associated Press (I will remove photo from post if the AP makes a stink.)