Karla Ann Coté is a photojournalist and videographer who documents protest movements, among other subjects. She was at the Women’s Unity Rally in Foley Square in NYC on Saturday, January 19th. 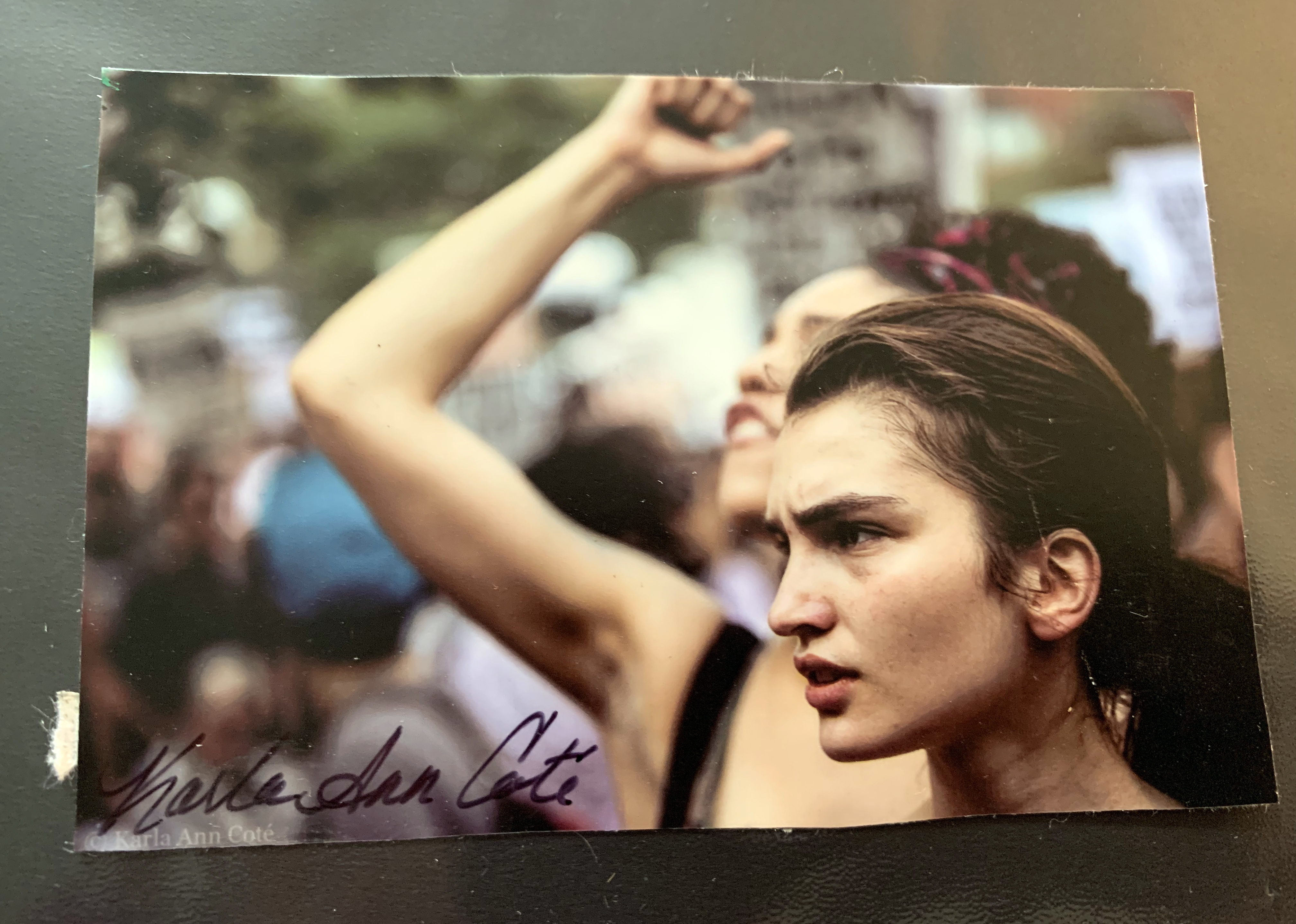 After seeing a “white power” sticker in Potsdam, NY, recently, I found another weird sticker in Brooklyn that states “Q-Anon Is Real” or, with what looks like a Jewish Star of David on the lower left, more likely “Q-Anon Israel.” “Q,” like “Pepe the Frog” in the Potsdam sticker, is also linked to U.S. President Donald Trump. I remember seeing pictures of people at Trump rallies wearing “Q” T-shirts and holding “Q” signs. 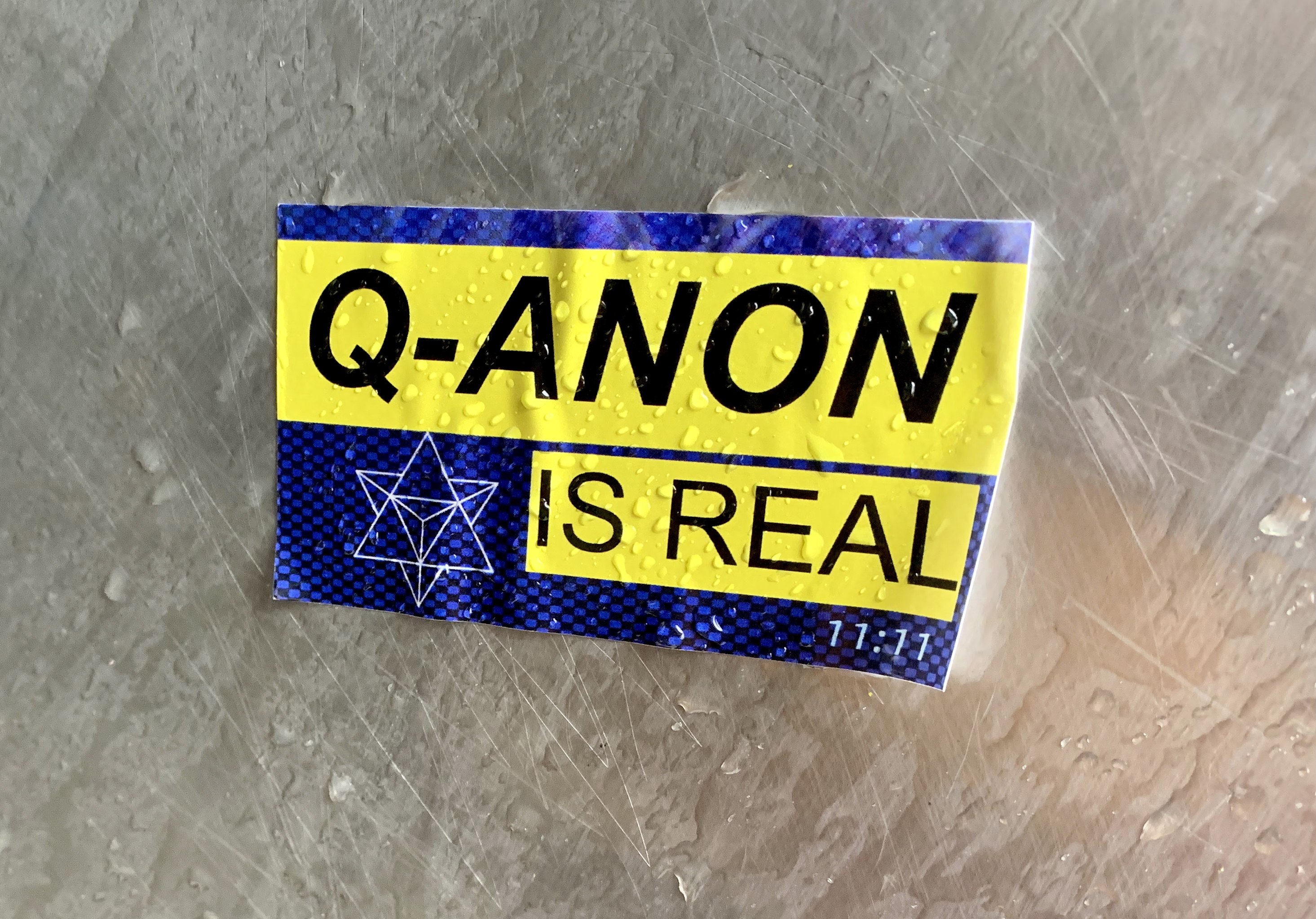 According to The Washington Post, “Q” is “a government agent with top security clearance, waging war against the so-called deep state in service to the 45th president. ‘Q’ feeds disciples, or ‘bakers,’ scraps of intelligence, or ‘bread crumbs,’ that they scramble to bake into an understanding of the ‘storm’ — the community’s term, drawn from Trump’s cryptic reference last year to ‘the calm before the storm’ — for the president’s final conquest over elites, globalists and deep-state saboteurs.” Yipes!

The number 11:11 must signify something, but Wikipedia only states that numerologists and New Age philosophies believe that seeing the two numbers indicates “chance or coincidence and is an example of synchronicity.” Others say it signals “a spirit presence.” I’ve done a few different Google searches using “11:11” + “Israel,” “Judaism,” “Jews,” and “conspiracy” but I can’t figure out how the words and numbers in this sticker make sense.

For more information about “Q,” visit:

Stanley-Becker, Isaac. ‘We are Q’: A deranged conspiracy cult leaps from the Internet to the crowd at Trump’s ‘MAGA’ tour. The Washington Post, 1 August 2018.

Sommer, Will. What Is QAnon? The Craziest Theory of the Trump Era, Explained. Daily Beast, 6 July 2018.