Hola! Stickerkitty is baaack (yay!) after working for the past 15 months as a senior volunteer for NY-21 Congressional candidate Tedra Cobb. Tedra, a Democrat, didn’t win in November, but the experience was powerful in terms of grassroots community building—something that is sorely needed in the United States right now. Tedra ran an honest, clean campaign, but the numbers in this rural northern NY district favored Republicans by something like 40,000 votes. Aside from Tedra herself, who is incredible, one of the most remarkable aspects of her campaign was her base of 2,000 volunteers who carried petitions, hosted house parties and fundraisers, knocked on doors, made phone calls, wrote letters, etc. It was wonderful to be a part of it all, and Tedra created a very solid foundation for another run in 2020 to #BeatStefanik. 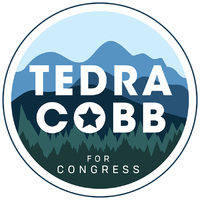 Throughout Tedra’s campaign, I managed to achieve a few sticky successes in 2018, too. In February, I co-presented an illustrated paper with Melissa Proietti (one of the main organizers of the annual Under Pressure graffiti festival in Montréal) at a conference there called Power of the Arts National Forum: The Arts as a Tool for Peace. A short essay entitled “Silent Agitators: Early Stickerettes from the Industrial Workers of the World” was published in Josh MacPhee’s Signal 06: A Journal of International Political Graphics & Culture (PM Press, 2018). Two short essays on US stickerettes and German St. Pauli Football Club stickers will also be published in DB Burkeman’s Stickers 2 (Rizzoli, 2019). DB’s first Stickers: Stuck-Up Piece of Crap: From Punk Rock to Contemporary Art (Rizzoli, 2010) was in some ways the book I wanted to write, but he beat me to it!

As a member of the U.S. Council of Independent Colleges Consortium on Digital Resources for Teaching and Research since 2015, St. Lawrence University received an additional Consortium Development Grant to further develop the Street Art Graphics digital image collection in JSTOR Forum (formerly Shared Shelf). The grant will extend a multi-year collaboration between SLU gallery director Catherine Tedford and Hatch Kingdom Sticker Museum director/curator Oliver Baudach by bringing Baudach to the SLU campus in the spring of 2019 to add 322 street art stickers by female artists to the Street Art Graphics digital image collection.

In addition, the collection’s use in teaching undergraduates will be promoted through a “SLU Faculty Fellow” that will develop a model for course-based writing assignments. The grant will also support independent research and writing for the People’s History Archive, a group blog initiated by the gallery and SLU’s Global Studies department.

The Street Art Graphics digital archive is a unique resource; no other digital archive in the world features street art stickers or stickers by female artists, who are vastly under-represented anywhere, in such depth and breadth.