I have acquired ten new I.W.W. stickerettes! They came from a packet with text on the cover that reads “Stickerettes – Silent Agitators – Fifteen Different Designs – Black And Red – Stick ’Um Up!” There is also an image of a black sab cat in a wooden shoe that was likely designed by or borrowed from Ralph Chaplin, whom I’ve written about before. Sorry for the poor screen shot of the envelope; it’s the best I could get. 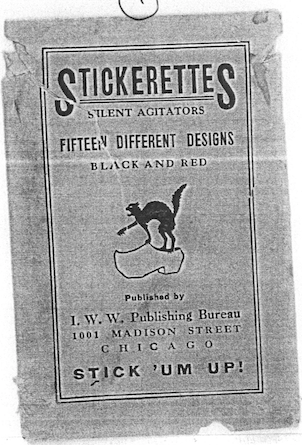 I can confirm the dates of these stickerettes, too. The I.W.W. headquarters were located at 1001 West Madison Street in Chicago, the address listed on the envelope, from July 1917 to March 1925. 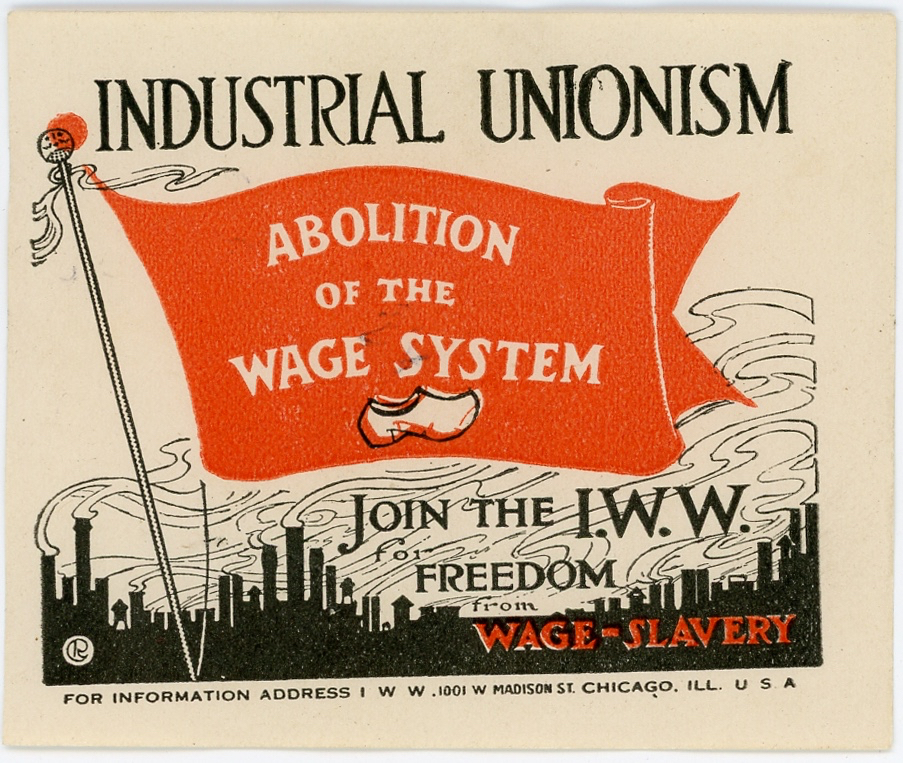 You can see the new stickerettes on my Flickr site here (scroll down to the bottom). I now have 41 stickerettes in my collection; a few of them are duplicate designs with one printed in black or red and the other printed in both black and red. 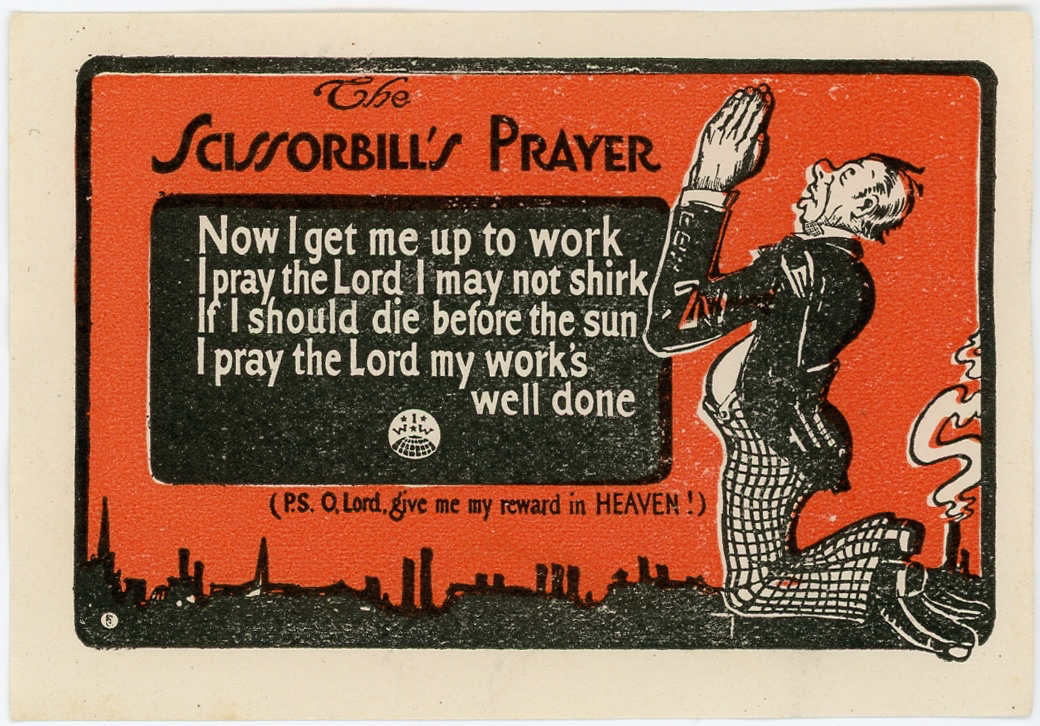 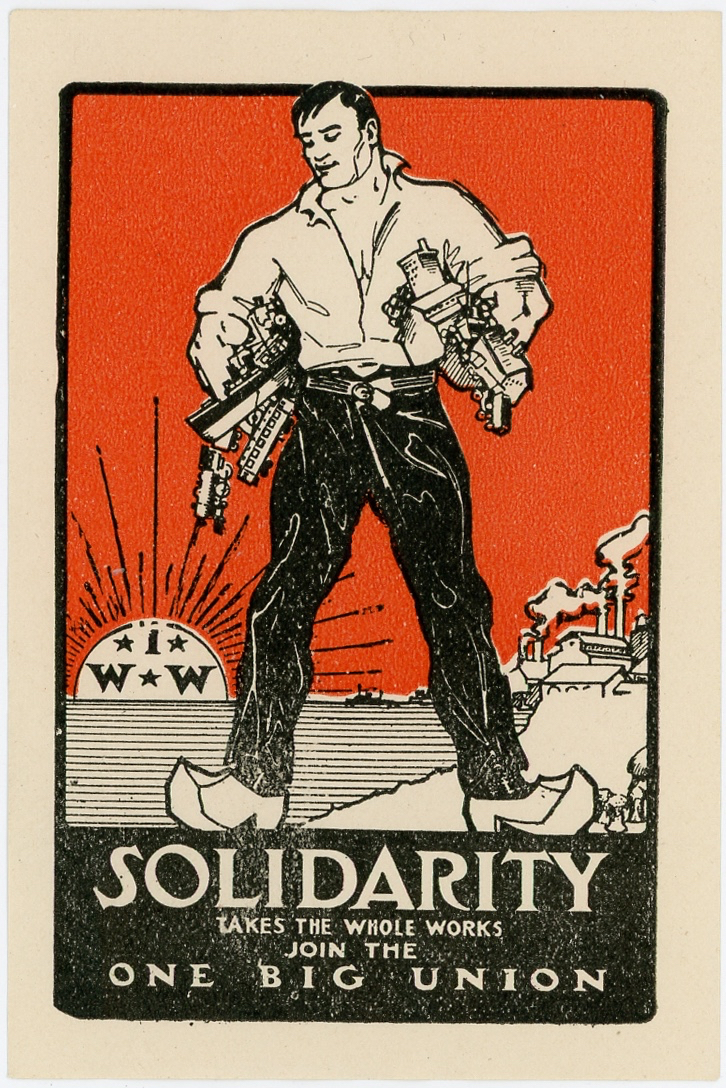 The stickerette “Why Be A Soldier? Be A Man, Join The I.W.W. And Fight On The Job For Yourself And Your Class.” is one that undoubtedly got the I.W.W. and union members in trouble with the U.S. government. On September 5, 1917, federal agents raided I.W.W. offices across the country, and 100 union leaders and members were later arrested and charged with sedition under the newly created Espionage Act of 1917 that was enacted a few months beforehand (along with another charge of violating postal laws by mailing out stickerettes and other printed matter). 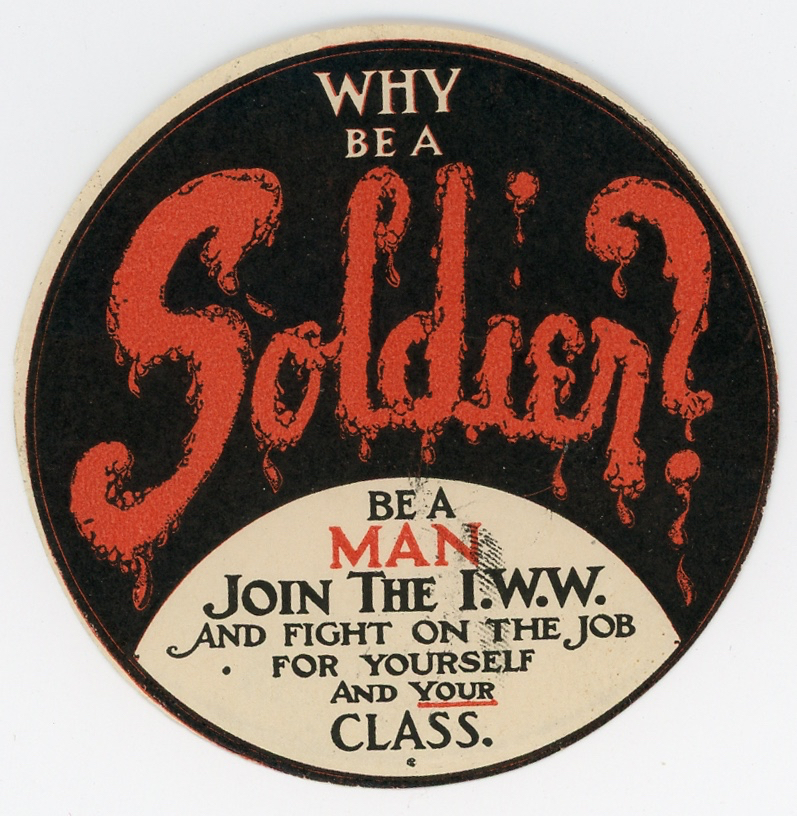