I can finally confirm dates of some of the earliest I.W.W. stickers in my collection. The August 31, 1918, edition of The Literary Digest ran an article called “Branding the I.W.W.” that features three stickers with the caption, “Typical I.W.W. Propaganda—Stickers Circulated in the Northwest.” 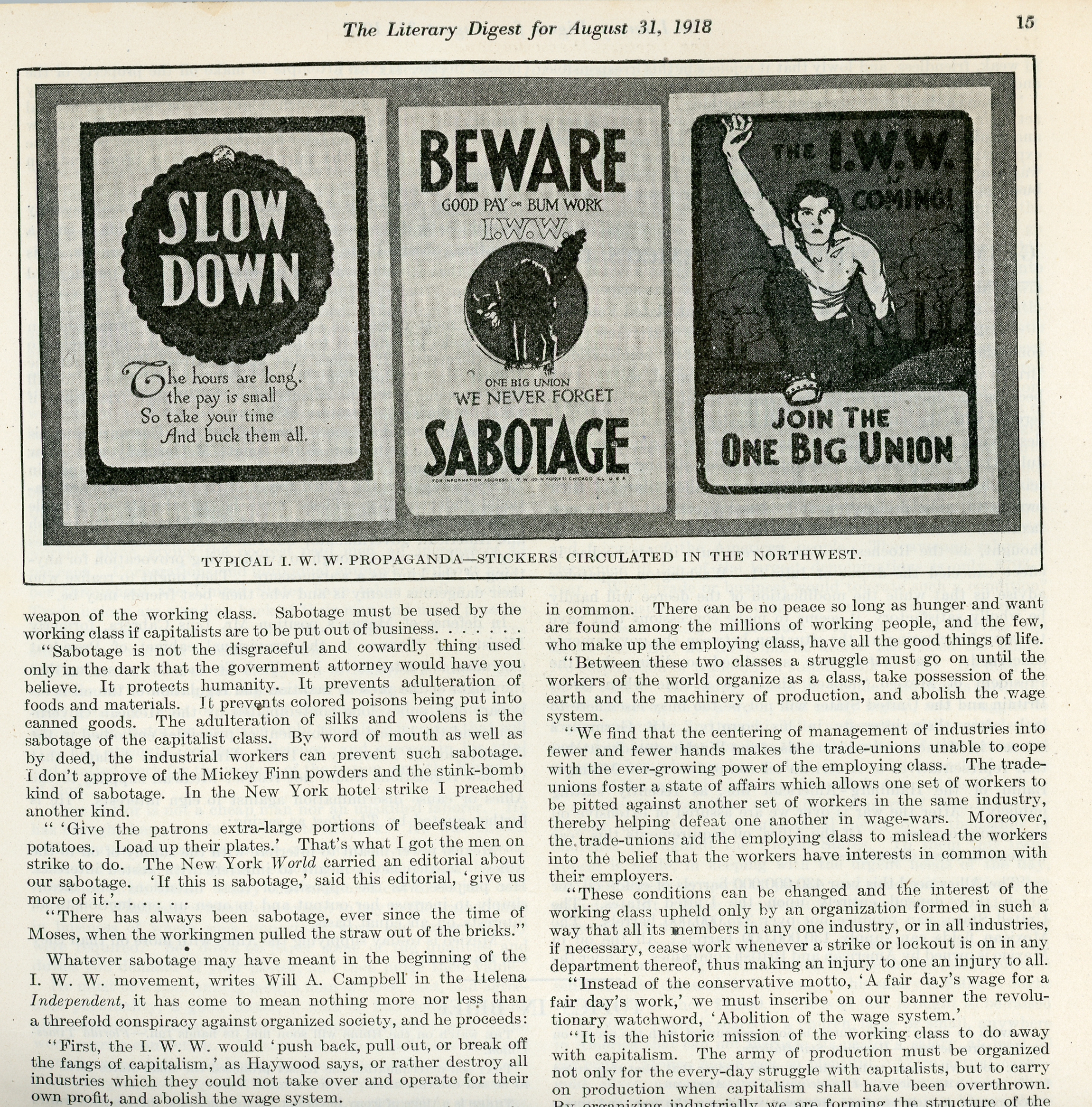 Unfortunately, the article doesn’t say anything about the stickers themselves, but it describes the conviction of 100 I.W.W. members for treason soon after the beginning of World War I and the subsequent passage of the U.S. Espionage Act. The artist and poet Ralph Chaplin, whom I’ve written about in previous posts and for the People’s History Archive, was one of those union members arrested and convicted, and I imagine he created these early stickers, known at the time as “stickerettes” or “silent agitators.” 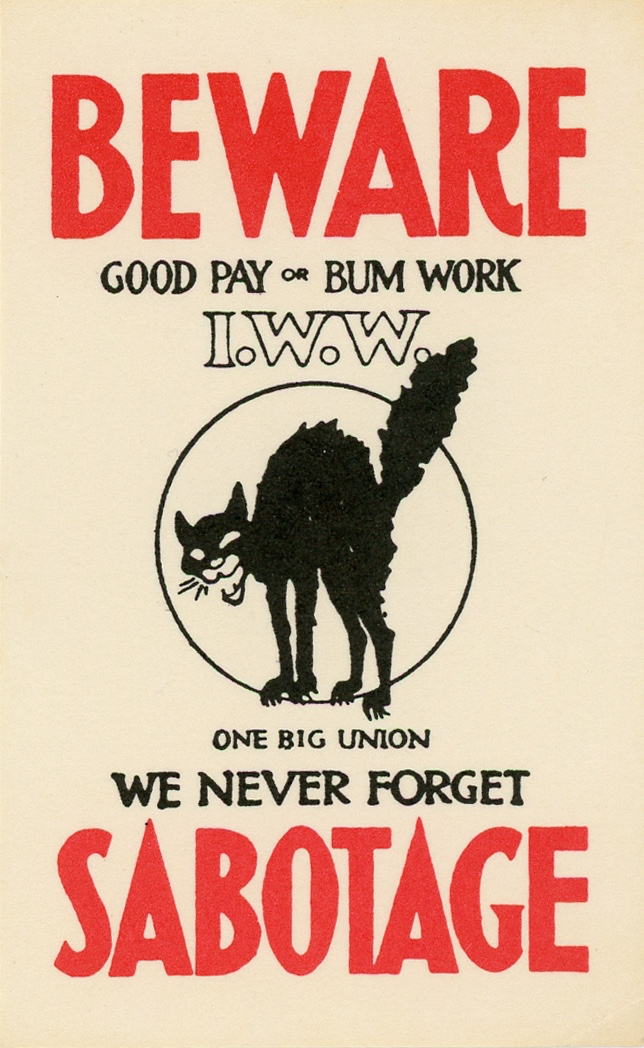 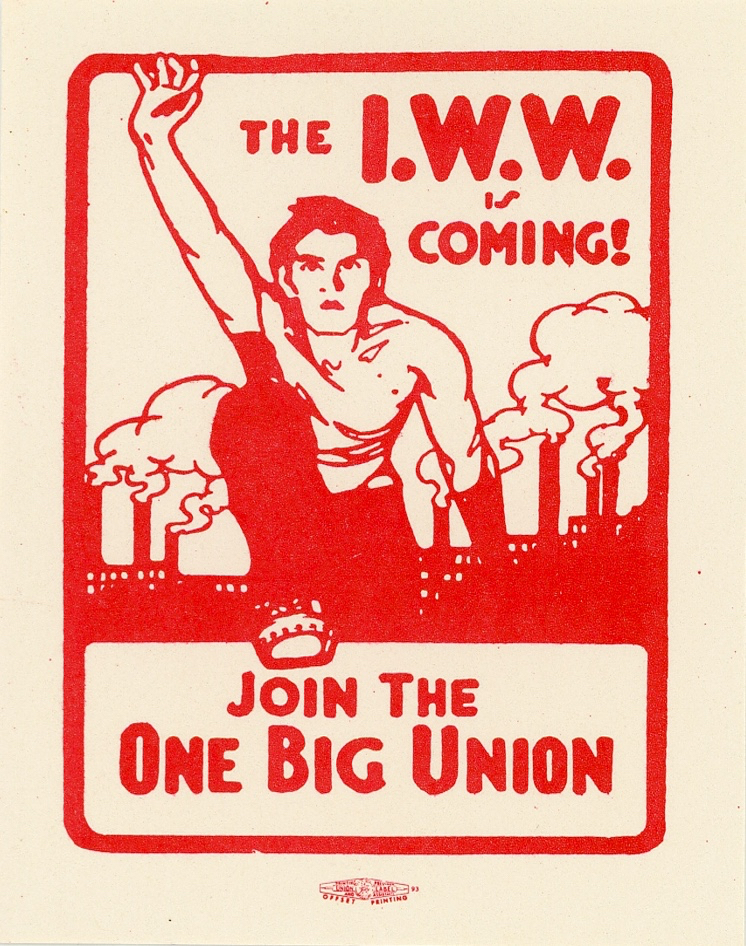 Other articles in this edition include “Grenades to Suit Everybody,” Germany’s Gigantic War Profits,” and “Why Germany Destroys Art.”