In my search for the earliest U.S. political stickers, I’ve come across overty thirty different “stickerettes” or “silent agitators” produced by the Industrial Workers of the World dating from the mid-1910s to present day. Stickerettes were advertised in I.W.W. pamphlets and newspapers as early as 1917, based on microfilm reels I’ve viewed of the group’s Solidarity newspaper. I don’t have anything else that dates the earliest stickerettes, however. (Search “stickerette” on Stickerkitty to see previous posts on these items.)

However, recently I found this women’s suffrage sticker from 1915 that is dated and affixed to an envelope also dated 1915! (New Jersey voted no in the October 19th referendum, as did New York, Massachusetts, and Pennsylvania. New York passed the vote in 1917; Massachusetts in 1920; and Pennsylvania also in 1920. The latter two states passed only after Congress ratified the 19th Amendment guaranteeing women the right to vote on August 19, 1920.) 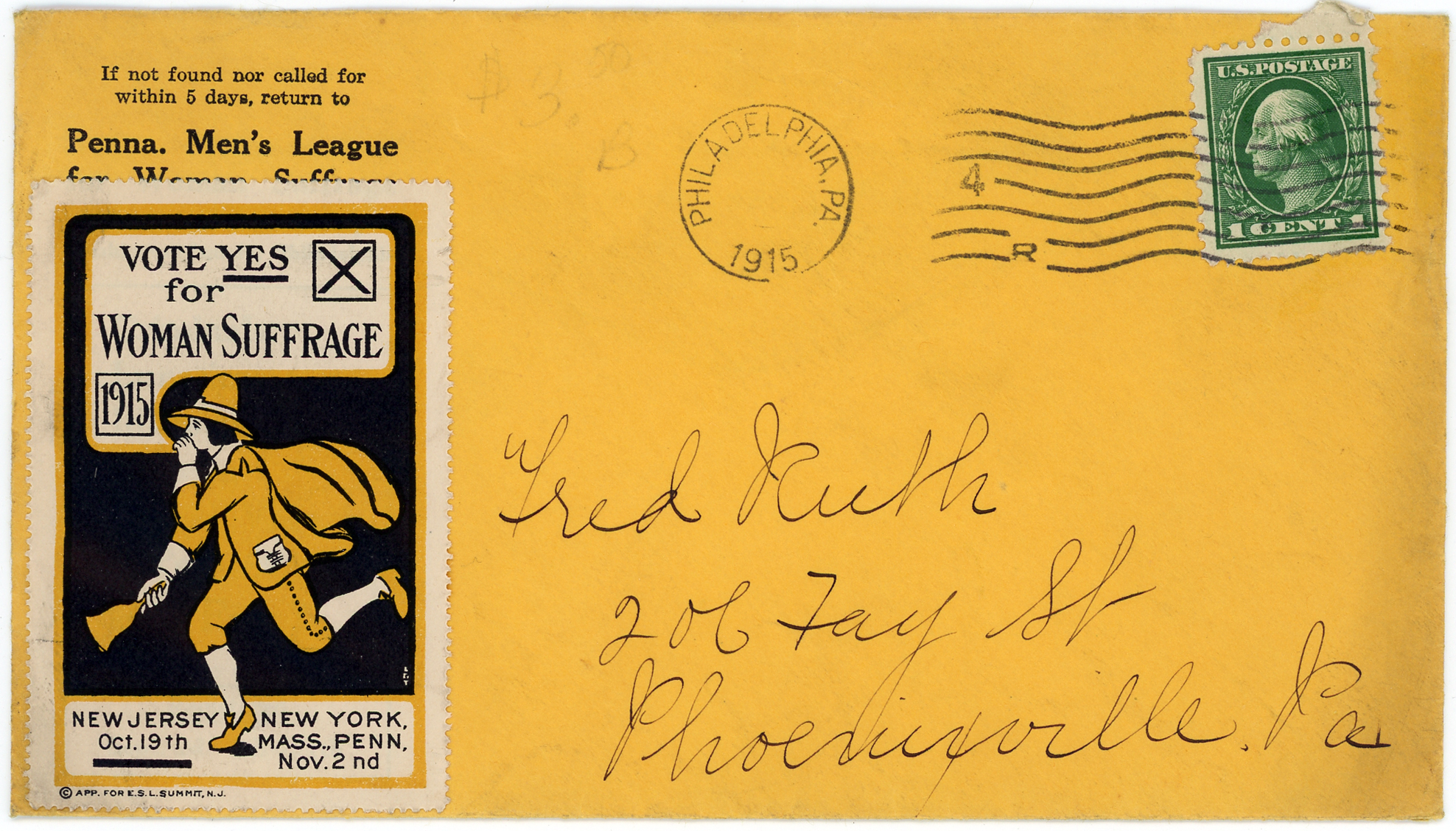 The envelope was sent from the “Penna. Men’s League for Women’s Suffrage.” Here is a map published by the league of how the vote was split across the state for and against. 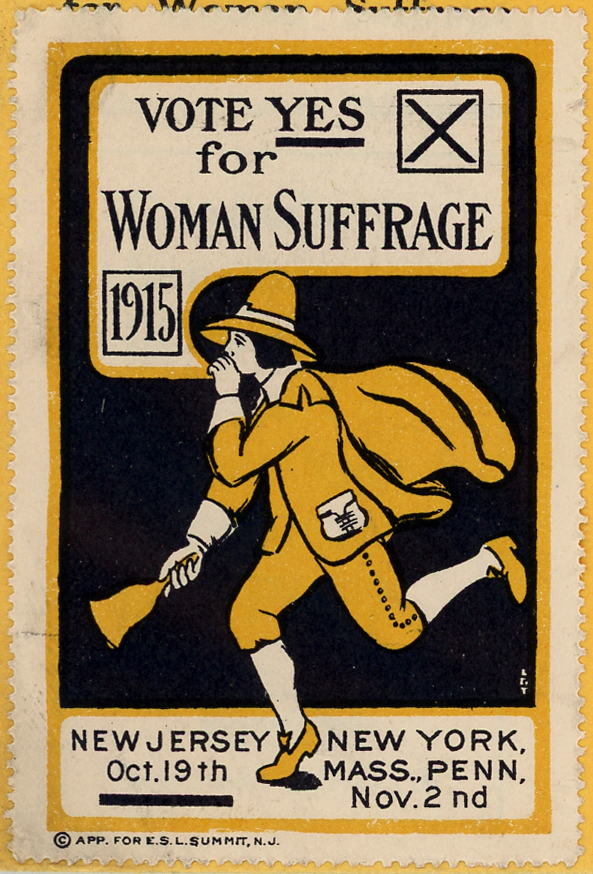