What is our “people’s history archive of street culture” going to look like?

Street culture is a ubiquitous form of expression that resists easy definition. Our people’s history archive of street culture will document the creative and complex ways in which ordinary people make use of public space. For our project, city-based street culture includes but is not limited to public performances, graffiti, painted murals, neighborhood gardens, parks, urban reclamation projects, political demonstrations, and any other public gatherings. Other suburban and/or rural “ground up” initiatives, such as farm-to-fork community-supported agriculture (CSA) projects, could also be represented in our people’s history archive. The challenge will be to find physical, hand-held materials that document these sorts of activities that we can scan and add to the digital archive. Many forms of street culture are ephemeral in nature, which creates a methodological challenge to collecting materials and reminds us why it is important to gather them before they are lost, forgotten, or destroyed.

Like archives elsewhere, our people’s history archive of street culture will represent and/or reveal the interests and values of societies, cultures, and/or subcultures from which the materials in the archive are drawn. However, materials in an archive of street culture will also undoubtedly reflect values that include commitments to civil rights, social justice, equity, and fairness for the greater good of all members of a population. A people’s history archive will put an emphasis on the benefits of shared or collaborative endeavors over actions and activities geared toward corporate, commercial, or self-interests.

Our people’s history archive of street culture will likely represent populist and democratic ideals. A populist, according to the Merriam-Webster Dictionary, is “a believer in the rights, wisdom, or virtues of the common people.” A democracy invites equal participation from all of its citizens and strives to make it possible for every individual to live up to his or her potential. Those who have fostered populist ideas in the United States include the historian and author Studs Terkel and the songwriter and musician Pete Seeger. 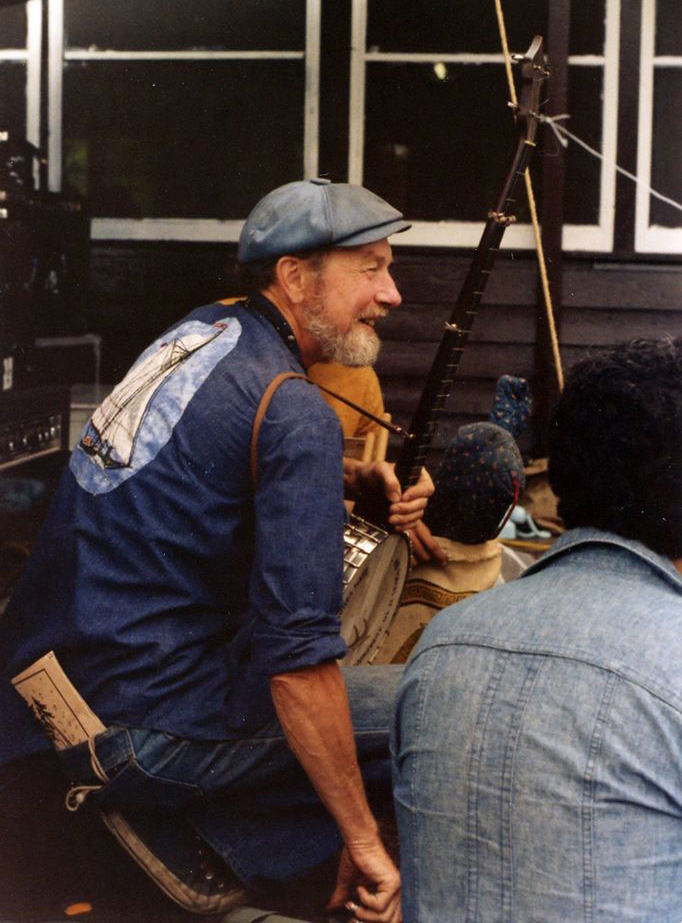 Our people’s history archive of street culture will likely have a certain folksy quality, too, in the style of folk traditions, meaning items in the archive would be home-made, low-tech, low brow, do-it-yourself, free, and publicly available. Items would be one-of-a-kind or created in small numbers.

Our people’s history archive could include announcements, flyers, leaflets, posters, or broadsides for events that bring people together, such as community dinners, town hall gatherings, music concerts, or union, school, or church meetings. Other forms of creative expression, such as zines, stickers, and silkscreened cloth patches sewn on clothing or knapsacks could also be included. Sheila Murray ’15 picked up this small card from Café Oteca, an owner-managed coffee shop in San José, Costa Rica, in the spring of 2014. From what she told me, one can buy a drink for someone else by writing a note and pinning it to the wall in a sort of “pay-it-forward” community connection project. It would be great fun to go in, read someone’s note over a café latte, and then buy a cup of java for the next person. 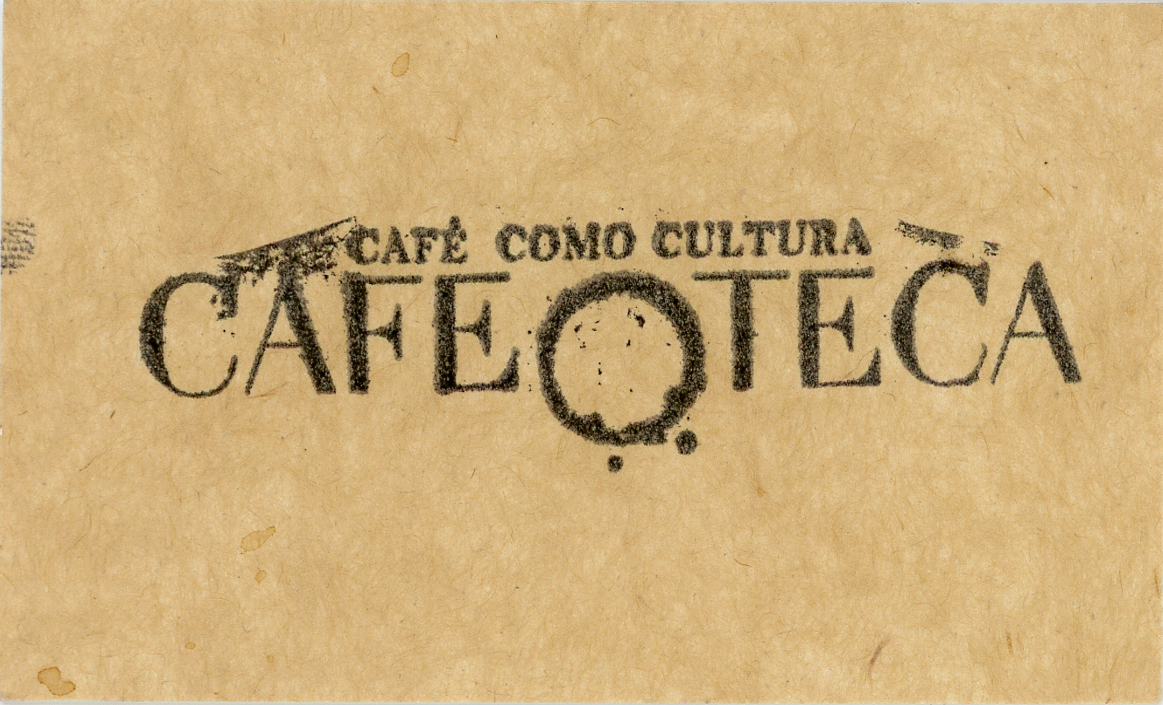 “Found” items could be handwritten notes or even something like this playing card that Raina Puels ’16 picked up in NYC last fall. I’m curious to hear how she will describe it for our Street Art Graphics digital archive. 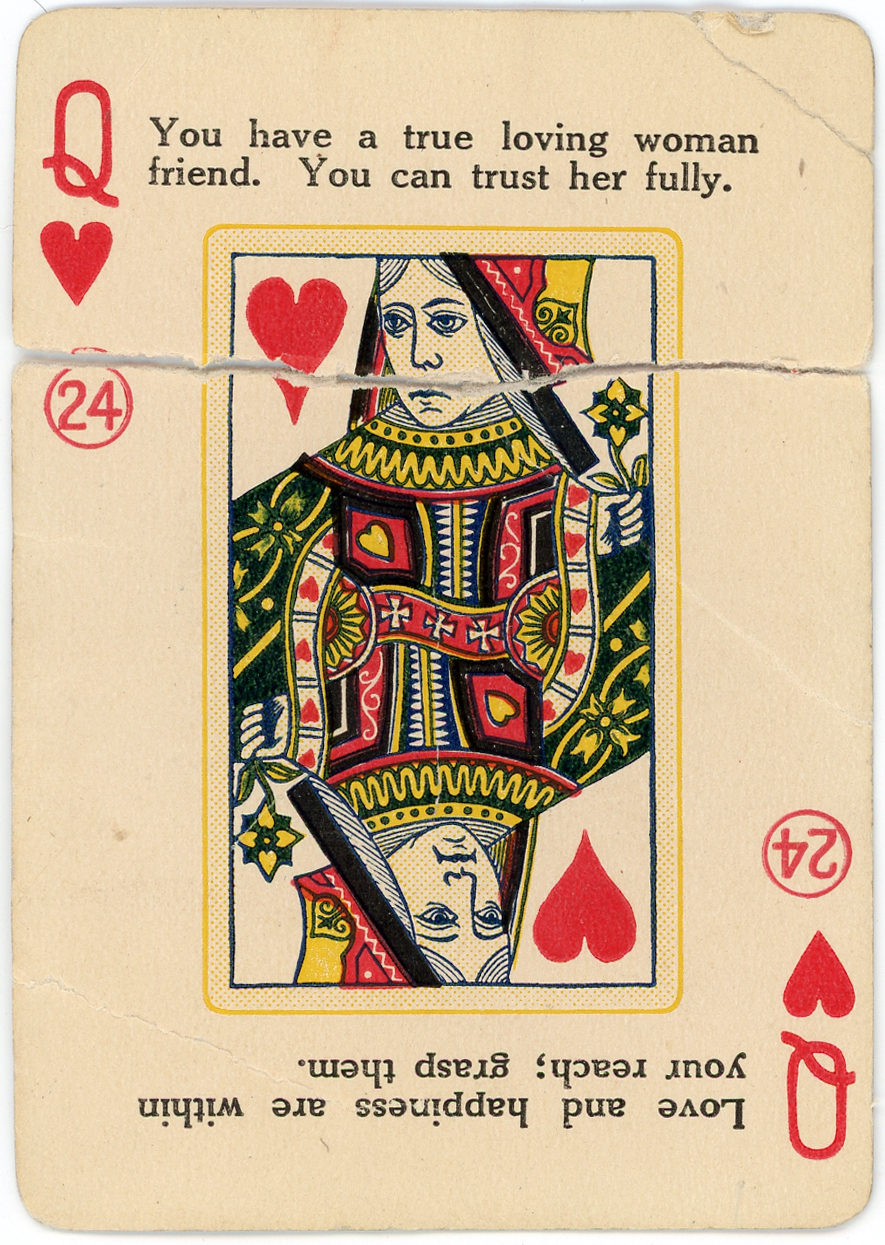 Examples of Other Citizen-Based Archives Projects

The U.S. National Archives and Records Administration (NARA) has created a Citizen Archivist Dashboard that allows registered users the ability to tag images, edit and transcribe texts, and upload and share their own materials. The NARA mission is “to provide public access to Federal Government records in our custody and control. Public access to government records strengthens democracy by allowing Americans to claim their rights of citizenship, hold their government accountable, and understand their history so they can participate more effectively in their government.”

The Triangle Open Archive offers several features and functionalities in keeping with our people’s archive of street culture project. The Triangle Fire Open Archive explores “the personal, political and historical legacy of the 1911 Triangle Shirtwaist Factory Fire [in New York City] through community-contributed objects … that critically connect to issues of immigrant, women’s and labor rights.” Items are categorized by “People,” “Politics & Activism,” “Cultural Response,” and “Memorial.”

Europeana uses Historypin (“a global community collaborating around history”) for a project called Europeana 1989 that allows contributors to add photos, videos, audio files, and written stories to a collection of materials related to the fall of the Iron Curtain in Central and Eastern Europe. According to the Web site, “The project aims to create a vivid and complete picture of the revolutionary events in Europe with stories, photos, videos and sound recordings from every country affected. Personal stories, memories and experiences can help others to better understand what it was like and to see events from a different perspective. By collecting personal memorabilia and stories from this period, and combining it with institutional collections, we aim to create an engaging user experience.”

The People’s Archive of Sinking and Melting, based out of Dublin, Ireland, and San Francisco, California, is “a collection of materials contributed by people living in places that may disappear because of the combined physical, political, and economic impacts of climate change, primarily sea level rise, erosion, desertification, and glacial melting. Together, through common but differentiated collections, they form an archive of what will have been.”

The People’s Archive of Rural India documents “the everyday lives of everyday people.” The Web site is under construction, but categories include “things we do,” “things we make,” “farming and its crisis,” “faces,” “women,” “the rural in the urban,” “adivasis” (“first dwellers”), and many other topics.

Initially based out of the United Kingdom, a Peoples Archive grew out of a Science Archive project that originally video recorded the autobiographical life stories of famous scientists. This Peoples Archive expanded to include stories about the lives of famous authors, filmmakers, artists, and others. In 2008, it evolved into the Web of Stories, which today features thousands of stories from the international public on a wide range of channels such as “Love,” “War,” “Ageing and Death,” and “Inspiration and Innovation.”

The Paisley People’s Archive from Paisley, Scotland, is “a community-based project which focuses on the city’s social history of industrial heritage and related leisure activities. Consisting of digitally recorded oral history interviews, archival research, and old and new images, the Archive recreates Paisley’s history as remembered by its people.”